Hello, again! Welcome to Part 2 of our series on cultural competence in music therapy. Let’s dive into our interviews. Note: Names of all individuals have been changed to maintain confidentiality.

Luke and Amelia, a married African-American couple, are the eldest of the interviewees–in their nineties. Though both clearly identify as Christian, their denominations fall under distinct and separate religious doctrines–Luke is a life-long Catholic and Amelia, a devout Baptist. Luke describes his denominational background as Catholic although he does currently attend his wife’s church from time to time. His mother was Catholic and always made sure that he attended those services on Sunday mornings; however, he also had experience in the Baptist denomination as a child: “I used to go to the Catholic church early in the morning and then once I got home, would catch the bus to go to the Baptist church with my friends” (Luke A., personal communication, October 31, 2020).

On music exposure in church

Regarding the music and songs used within the churches he attends (Catholic and Baptist), Luke readily informs that in contrast to the Baptist church, gospel music is never heard in Catholic services. Music, in general, is not a central feature. Although hymns are sung, they are not considered a major, important part of the service aside from the fact that they serve one main purpose – cuing different stages of the service: “The same thing is played at that time, every time we have a service. It doesn’t change. The only thing may change is the entrance hymn after the communion…[and] we exit with a song. Other than that, nothing…” ((Luke A., personal communication, October 31, 2020).

When asked about the church music that was typically prevalent within either church, Amelia stated that both the Pentecostal and Baptist church of her youth consisted of very similar hymns. However, she distinctly recalls the music of the Baptist church as less energetic and a more solemn experience: “[It]…wasn’t as lively…In my opinion, we didn’t go there to listen to the beat of the music and watch the people. We just went there to sing, to worship. They were like worship songs” (personal communication, October 31, 2020).

On attention-grabbing aspects of church music

According to Luke, music of the Baptist church, whether hymn or gospel, evokes “a feeling and inspiration of happiness” (personal communication, October 31, 2020) that he does not always receive from the Catholic Church; and this is something that he would, and does, particularly enjoy. This inspiration, he notes, stems not from the lyrics or words, but rather from the specific music and instrumentation of gospel music.

In Amelia’s opinion, the biggest difference between the older, traditional hymns and modern gospel is the instrumentation. Modern gospel is the result of mixing the “secular with the spiritual” (Amelia A., personal communication, October 31, 2020), incorporating a dance-like beat and upbeat tempo, moving away from the more solemn nature that was prevalent when she was growing up in the church. Despite the moving beat and tempo, Amelia made sure to point out that she is more drawn to the lyrics.

On the shift from hymns to modern gospel

Luke did not have an opinion regarding the shift from hymns to modern gospel. However, Amelia’s interview revealed a little more about the thoughts of the Silent Generation. In her view, the lyrical content has mostly stayed the same. It still possesses similar characteristics (i.e. spur emotion, thoughts of God/Jesus/the afterlife).While older hymns instilled a sense of hope in seasons of oppression, trials, and tribulations faced by African-Americans, modern gospel songs promote feelings of progress: “Maybe we don’t feel quite as hopeless as we did years ago. Maybe we feel like things are moving forward…Times change and we have to change with the times. As long as we don’t get so far away from God’s word….” (Amelia A., personal communication, October 31, 2020).

It is clear through the words of Luke and Amelia that my first assumption was wrong. While their responses indicated a fondness for traditional hymns, they both expressed an appreciation for the modern gospel music of today’s time. I found it interesting that regardless of the musical style, both Amelia and Luke were able to find areas of common ground between the different styles. For Luke, this was the music and instrumentation; for Amelia, lyrical content binds the older hymns and today’s gospel.

Part 3 will highlight interviews of the remaining participants and will wrap up the discussion! 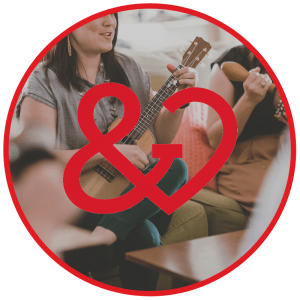